The Yorkshire Historical Dictionary provides free access to over 4,000 historic terms from Yorkshire documents, collected by Dr George Redmonds over his sixty-year career. The words date from 1100 to c.1750 and cover the length and breadth of the historic county of Yorkshire. They include by-names and place names; agricultural, industrial and coal-mining terms; words for landscape features, animals and plants; and the names of domestic objects, clothing and textiles.

You can browse the dictionary by using the menu at the top of the page, or search by word, place, source and date using the tabs on the ‘Words’ page. If you can’t find the word you’re looking for, or if you think you’ve spotted a mistake, consider submitting it to us using the ‘Submissions’ form. We hope to continue to develop the dictionary through researcher contribution, so we’d be very happy to hear from you.

The Yorkshire Historical Dictionary project was generously funded by the Marc Fitch Fund, as a memorial to Professor David Hey, their former chairman and an eminent local historian. The project was based at, and managed by, the Borthwick Institute for Archives, in partnership with Dr George Redmonds and the Yorkshire Archaeological and Historical Society.

Dr George Redmonds was an internationally recognised authority on Yorkshire’s surnames and place-names. The Yorkshire Historical Dictionary was compiled from his impressive catalogue of historic Yorkshire terms, collected over a sixty-year career as a researcher in Yorkshire’s history.

Dr Redmonds was born in Bradford in 1935. He graduated in modern languages at Birmingham in 1957 and then pursued a teaching career in London, Nairobi, West Germany and Yorkshire. In 1970 he was awarded a PhD from the University of Leicester for his research into Yorkshire surnames. His thesis was subsequently published as volume 1 of the English Surnames Series.

In 1974, Dr Redmonds gave up his job as a senior lecturer at Huddersfield Polytechnic to become a freelance historian specialising in Name Studies. Over the next forty years, he taught many local history classes, gave talks to numerous local and family history societies and classes and completed lecture tours in the USA, Australia and New Zealand. He was a frequent speaker at international conferences and was the author of numerous articles and books including: Surnames and Genealogy: A New Approach (1997); Christian Names in Local and Family History (2004); Names and History: People, Places and Things (2004); Surnames, DNA, & Family History (2011); A Dictionary of Yorkshire Surnames (2015). In 2002 he presented the BBC Radio 4 series Surnames, Genes and Genealogy. He was the founding editor of the journal Old West Riding and a frequent contributor.

It was Dr Redmonds’ generosity which made the Yorkshire Historical Dictionary project possible, first by agreeing to give his word hoard, collected over his sixty-year career, to the project and then by spending a year transcribing it from the original short-hand before the project could begin. Sadly, Dr Redmonds died following a short illness on 10 August 2018, before the project was completed.

Professor David Hey was a specialist in the social history of surnames, and in the social and economic history of Sheffield and North Derbyshire. He was strongly motivated by a belief in the importance of the newly popular family history and encouraged amateur historians to look beyond their family trees and consider the implications of wider social history.

David Hey was born near Penistone, in 1938. He was educated at Penistone Grammar School and then at the University College of North Staffordshire (now Keele University) where he gained his first degree in 1960. After a period of time teaching in Yorkshire, and then as a lecturer at Matlock College of Education, he gained an MA and PhD from the University of Leicester and spent four years as a research fellow there. In 1974, he moved to the University of Sheffield as a lecturer in its department of extramural studies. He was made a chair in 1992 and the dean of his faculty in 1994. He received an honorary doctorate in 2015. He served as president of the British Association for Local History; president of the British Agricultural History Society; chair of the council of the British Record Society; and director of the Marc Fitch Fund.

David Hey died on 14 February 2016, and the Yorkshire Historical Dictionary project was conceived as a memorial to his career. 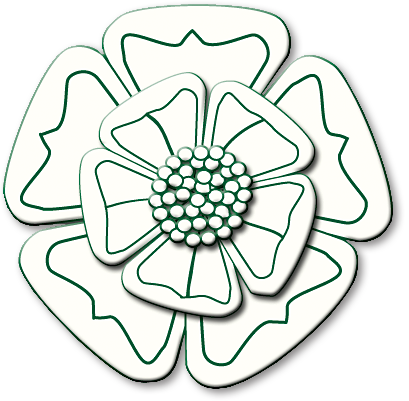